Campaigns provide the rules for how your users will encounter paywalls in your app.

Nami supports filtering your app audience so that you can control which groups of users see your paywalls without requiring an app update.

Support for the latest version of the Nami campaigns including Audience Rules is available in our Android and Apple SDKs in versions 3.0.0+.
Looking for older code versions? Check out the v1.0 docs

Device Country corresponds to the region set by the user in their device settings.

On an iOS device, this value can be found under Settings > General > Language & Region > Region.

Device Language corresponds to the language set by the user in their device settings.

On an iOS device, this value can be found under Settings > General > Language & Region > iPhone Language.

On a Google Android device, this value can be found under Settings > System > Languages & input > Languages.

Device OS corresponds to the operating system of the user device.
There are 3 options: Android, iOS, and iPadOS.

If you want your paywall to show to any user on an Apple mobile device, include both iOS and iPadOS. Otherwise exclude iPadOS to only show to iPhones.

SDK Version refers to the version of the Nami SDK running inside your app.
As Nami adds new features, you will need to target your content to make sure that the user's app supports it.

App Version is the version number of your app. Use this rule to target only specific test users.

If you apply multiple options from 1 filter, these are applied as an 'OR'. For example, in this image the paywall would show to users with device country Australia OR New Zealand. 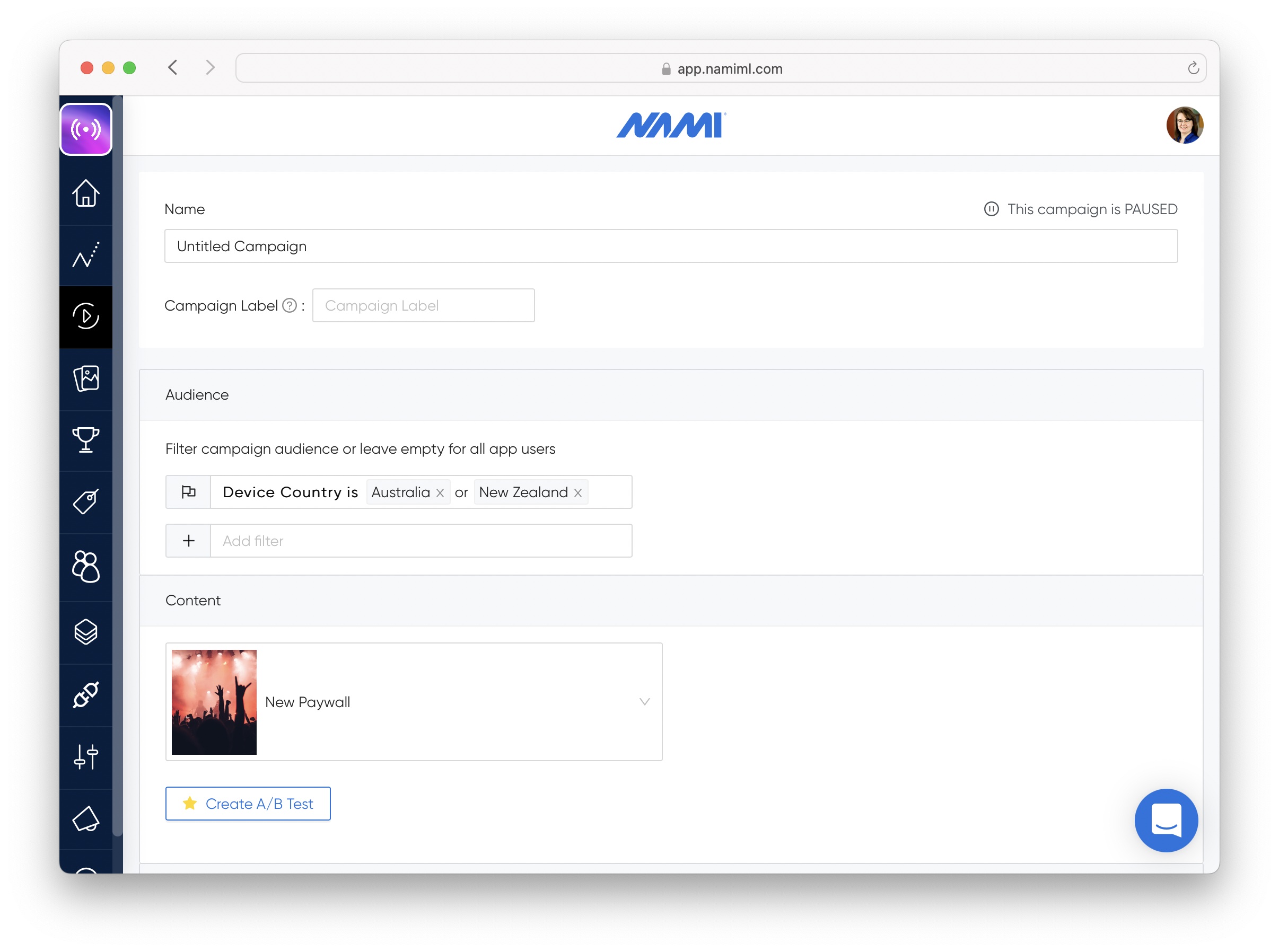 If you add multiple filters, they are ANDed together. For example, in this image, the paywall would show only to users with device country Australia AND with Device OS iOS. 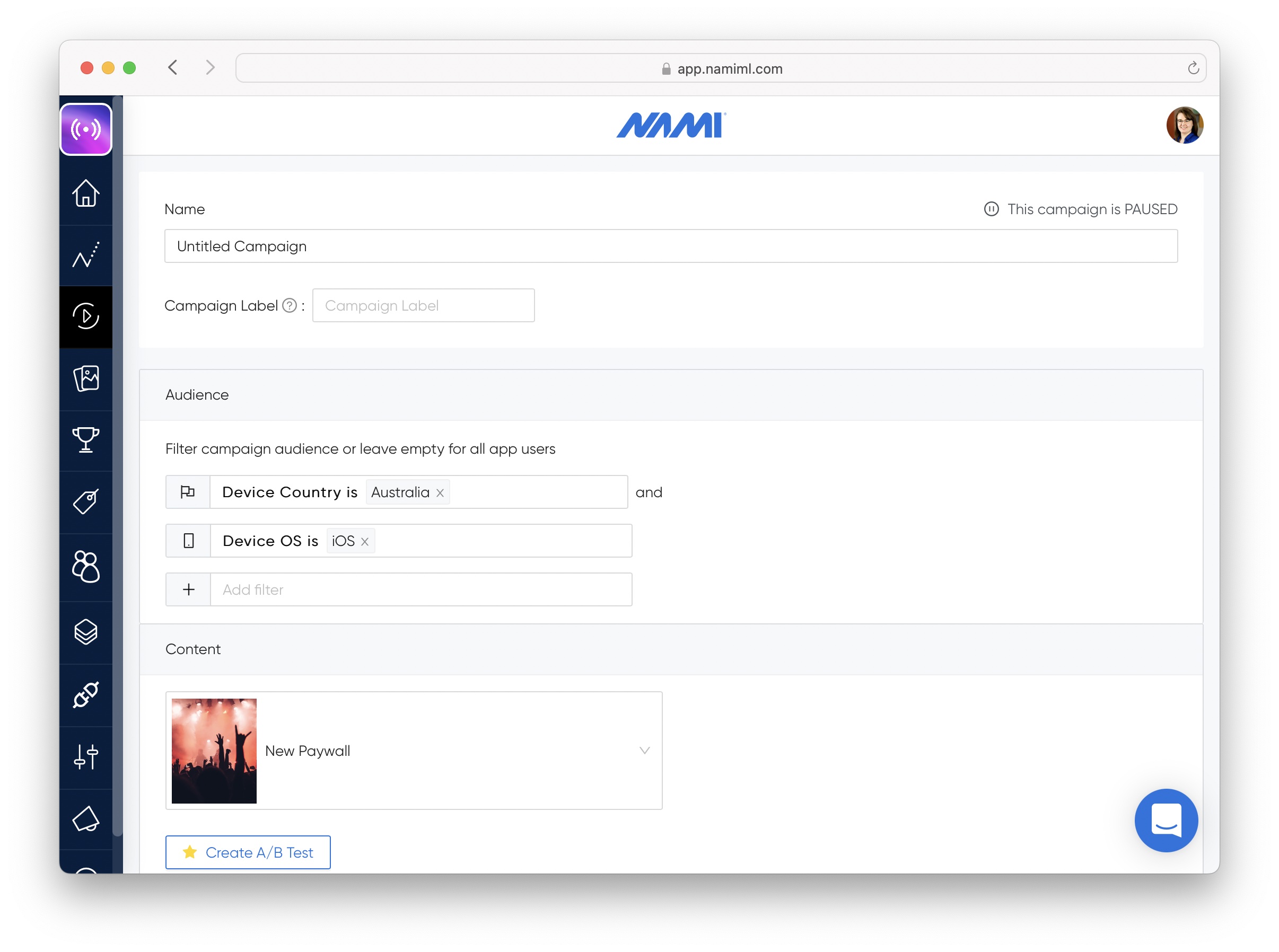 You can create multiple campaigns with the same label. The Nami system will test each campaign in order and try to apply the rules to the device. If the rules match, the paywall will be raised. If not, the system will try the next campaign in the list.

If you have multiple campaigns with the same label, it is a good idea to have a fallback campaign. Add another campaign with the same label and don't add any rules. That way, if the user doesn't match any of the previous campaign rulesets, they will still see a paywall.

Campaigns with no label are treated as one 'group'. If you attempt to raise a campaign in the app without a label, the system will test each of the unlabelled campaigns in order until it finds a match.

Updated about 1 month ago